Leading event structure and scaffolding company, Camelspace, is continuing to flourish despite the recession. Since the award winning New Zealand owned firm was established nearly four years ago, the number of fulltime staff has jumped from 2 to 16 and annual turnover soared to over $2.5 million.

“We’ve been really fortunate to have not been unduly affected by the downturn,” says Phil McConchie, Commercial Director and co-founder of Camelspace. “Despite the trickier economic times, larger commercial construction and infrastructure work is still taking place across the country and music and sporting events are more popular than ever, so there has not been any discernible dip in the demand for our services. We’re busier than ever.”

“In some ways a recession coming along a year or two after our start-up has had its positives. We had been going long enough to establish our systems and to grab any low hanging fruit (with respect to work) and were probably at a stage where breaking into long standing relationships competitors had with would-be clients was going to be difficult - as it always is. However, when potential clients began to feel the pinch, many decided to review their client/supplier relationships especially where it had been a while since they had been ‘to the market’ for a price or even to see if they were getting the best service for their dollar. That created opportunities for us to get in front of new clients and then show them that we could deliver better service and better product for the same or less cost.”

Despite Camelspace’s resilience to the recession, the company is not resting on its laurels.
“Now is not the time to be complacent,” says Phil. “This year, we have put more money into our advertising and marketing strategies and will be focusing on an extensive new business plan. I have high hopes that 2010 will be even better for us than the past four years, especially as the economy starts to correct itself.”

High profile projects over the past few years have included the Newmarket Railway redevelopment, Grafton Bridge strengthening and the Hamilton 400 V8 Supercar Race.
Earlier this year Camelspace received the prestigious Scaffold of the Year Award for 2009/2010 from the Scaffolding and Rigging Association of New Zealand (SARNZ) for their work on Grafton Bridge. Entrants were judged on quality, safety, innovation and technical excellence.

More information on Camelspace can be found at http://www.camelspace.com/
No comments: 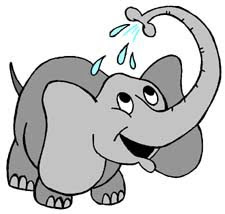 Many people have problems explaining public relations when they're at a party or with a potential client. I came across this explanation recently and it really made me chuckle. Feel free to post your own 'elevator pitches' in the comments.
'When the circus comes to town and you paint a sign about it – that’s advertising.
Put the sign on the back of an elephant and march him through the CBD – that’ s promotion.
The elephant parades through John Key’s flower bed – that’s publicity.
If you can get John Key to laugh or comment favourably about it – THAT’S PUBLIC RELATIONS.'
There's obviously much more to PR than that but it's pretty funny nonetheless and an easy way to quickly explain the basics of public relations to people outside the industry.
No comments: