HOW TO BREAK INTO THE WORLD OF PUBLIC RELATIONS 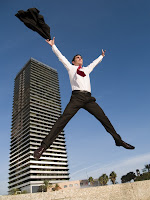 According to the Chartered Institute of Public Relations in the UK, PR is consistently voted into the top three career choices for graduates. Competition for positions is fierce, with increasing numbers of individuals being drawn to the perceived excitement, variety and glamour of the public relations industry.

So, what exactly is PR?

Public relations is, fundamentally, all to do with communications. This may involve reporting quarterly earnings to stockholders, educating the public on how to use a particular product or dealing with the aftermath of a company crisis. If you have the ability to communicate effectively, both through speech and the written word, then you are on the right track towards becoming an accomplished PR professional.

Getting a Job in PR

There is no solid rule dictating how you should enter public relations. Many people have crossed over from other industries, including journalism and advertising, and have used their experience in those areas to bring a new and relevant perspective to the PR arena.

Increasing numbers of colleges, schools and universities are now offering courses in public relations and communications. If you are already employed but want to switch careers then there are a number of night courses or part-time options available.

Attending Toastmasters meetings, an international non-profit organisation which helps its members develop public speaking and leadership skills, can also help you develop the communication skills that are so vital in PR.

The one thing that every public relations employer is looking for is practical work experience. A CV with good, relevant work experience and references on it will serve you well when it comes to looking for a job. Many of the larger PR consultancies, such as Porter Novelli and Fleishman-Hillard (in the UK), offer internships but it is also worth contacting some of the smaller, more boutique PR agencies.

Another way of gaining much needed experience is by volunteering to help a not for profit organisation with their PR. Some of these organisations will advertise for PR volunteers on their websites and on volunteer sites and are always grateful for any support.
Another fantastic way of learning more about the PR industry and meeting useful public relations contacts is to become a student member of the Public Relations Institute of New Zealand (PRiNZ). This organisation regularly holds seminars and networking events, which are an enjoyable way of learning more about the world of PR and the people in it.
No comments:

WHY WE SHOULD ALWAYS THINK BEFORE WE SPEAK 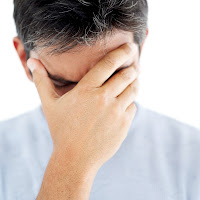 Has anyone else noticed that human beings have an awful habit of opening their mouths before their brains have had enough time to kick in and tell them that it would be a really, really bad idea to say whatever they are planning on saying?

Saying something inappropriate is not so terrible when it is in the privacy of your own home, in front of friends and family. The result is usually nothing more than a red face and a hasty apology. However, when a badly thought out remark is uttered in the public arena, by company leaders, the effects can be long lasting and extremely damaging.
For example, Decca Recording Company (now part of the Universal Music Group) should really be remembered for the role it played in the development of recording methods (in the UK) and the development of original cast albums (in the US). However, due to a slip up by a Decca executive, this company will forever be remembered for saying, when questioned about why they turned down 'The Beatles' in 1962:
'We don't like their sound and guitar music is on the way out.'
I bet it wasn't long before that executive started wishing that those words hadn't slipped out of his mouth...
Business figures can also attract condemnation for not saying enough. How often have you seen a prominent business personage shouting 'no comment' into the TV cameras as they exit a court room or heard of a troubled company that refuses to talk to the media? Your instant and natural assumption is that these people have done something wrong, whether this is accurate or not.
PR consultants dedicate hours of their lives to teaching clients how to recognise when it is appropriate to speak out and when they should be slightly more discreet. A good PR consultant will also make sure that the spokesperson from their client's company is fully media trained and is able to deal with appearing on TV and radio, as well as being comfortable with being contacted by journalists. You can usually spot the companies that have a PR team behind them as they are usually well prepared for speaking to the media, give appropriate amounts of relevant information and are as honest and transparent as possible.

I am sure that I am not the only one who believes that being an expert in your specific business field does not automatically mean that you will know how to communicate with your key audiences. Learning when to speak up and when to be quiet, as well as knowing exactly how to deal with the media, is an important skill that no business person should be without.

Has anyone else noticed any examples of businesses communicating badly recently, either in New Zealand or globally?
No comments: