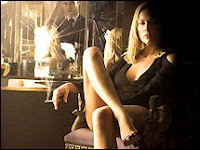 I know that I have already posted on why companies should consider their words very carefully before releasing them into the public arena. However, what confronted me in the news this morning, has driven me to post on this subject again.

Sharon Stone, that well known and award-winning actress, producer and former fashion model, is the most recent high profile individual to attract condemnation for something she has said to the media. Stone has been in the movie industry for about 16 years. You would think that she would know, by now, not to blurt out the first thing that comes to mind when confronted with a journalist. Yet, at the Cannes film festival last week, Stone told Hong Kong Entertainment News that the earthquake in China could have been the result of bad karma over the Chinese government's treatment of Tibet. Stone said:


'Well you know it was very interesting because at first, you know, I am not happy about the ways the Chinese were treating the Tibetans because I don’t think anyone should be unkind to anyone else. And so I have been very concerned about how to think and what to do about that because I don’t like THAT.

And I had been this, you know, concerned about, oh how should we deal with the Olympics because they are not being nice to the Dalai Lama, who is a good friend of mine.
And all these earthquake and stuff happened and I thought: IS THAT KARMA? When you are not nice that bad things happen to you.

And then I got a letter, from the Tibetan Foundations that they want to go and be helpful. And that made me cry. And they ask me if I would write a quote about that and I said, “I would.” And it was a big lesson to me, that some times you have to learn to put your head down and be of service even to people who are not nice to you. And that’s a big lesson for me.'


Not surprisingly, these words are having a significant impact on her status as a movie star in China. According to the Hollywood Reporter, the founder of one of China's biggest cinema chains has stated that his company will not show her films in his theatres. The light in which people from all over the world regard her has also, understandably, shifted.

This situation is a great demonstration of the power of the Internet. When you type the keywords 'Sharon', 'Stone', 'karma' and 'earthquake into the Google search engine you are rewarded with 41,900 results. Not only is the story being recounted on the websites of the more well-known and traditional newspapers and magazines across the world, such as The Telegraph (UK), The New Zealand Herald, The Age (AU) and a whole host of Chinese news sites, but the story has also swept like wild-fire through blogs and forums. Both members of the public and large corporations are commenting on this story, all over the net. Below are just a few of the blogs, forums and websites covering this issue:

Of course, other online tools have also been used to further disseminate this story. Sharon Stone's words have been spread throughout the online universe, using Digg, Twitter, StumbleUpon and Reddit. A discussion group has also sprung up on Facebook and the video interview from Cannes is all over YouTube.

Public relations disasters such as this one should serve as a reminder to high-profile company leaders to really think about how they are communicating with their audiences. A few words, even though they may seem harmless at the time, can significantly change how your key stakeholders perceive you and can make or break your company.

As for Sharon Stone...maybe it's about time she brought a PR professional on board. Is anybody up for the challenge...?
No comments:

WHO REALLY CARES ABOUT BLOGGING?? A RESPONSE TO MATTHEW HORTON'S PRINZ SPEECH

If you were lucky enough to be present for Matthew Horton's speech at the PRiNZ conference on Thursday, 22nd May, you will know that he managed to ruffle a fair few feathers. After he had made the comment about Maori, Pacific Islanders and political correctness I definitely felt a discernible chill settle over the room!

However, that is not what I want to speak about in this post. What I want to touch on is the comment that Matthew made about blogging. When questioned about the power of blogging, by a member of the audience, Horton claimed that blogging has no real influence or impact on perceptions. In his eyes, blogging is just another tool, like email or the telephone, which people use to communicate.

I do not agree with this view. At all. I have seen many instances where blogging has alerted readers to a certain situation, has challenged their mindset about a certain view or opinion and has driven them to change their perceptions and to make changes. For example, an equine blog that I follow has become hugely popular recently. It has opened peoples' eyes to the link between irresponsible breeding and the amount of horses going to the slaughterhouse. It has also brought to attention the fact that not everybody in the world looks after their animals. As a result, more people are reporting neglectful owners, are examining their own breeding programmes and those of others and are making an effort to help animals that are destined for the slaughterhouse or some other undesirable location.

Also, just because 'the internet is not yet the most popularly accepted means of imparting information and discussion' does not mean that this will be the case forever. Even now, teenagers and young adults spend more time on the Internet than they do watching TV or communicating in other ways and consuming other types of media. Surely, as they are the up-and-coming generation, we should be preparing ourselves for the very near future, when they will be the main decision makers and consumers??

I do not believe that Matthew had really considered the power of blogging prior to putting together his speech and standing up in front of a room full of public relations professionals. Or maybe he was simply, and understandably, trying to protect traditional, print media which is, after all, his domain.

Nonetheless, what I did find encouraging was that PRiNZ members were challenging his disregard of online media and were championing blogging- this shows that more PR people are embracing this form of communication and are realising that blogging, forums and online news sites are true PR tools of the future. Hopefuly, this means that the numbers of PR professionals occupying the online arena will increase (recent research shows that only 9% of PR practitioners write a blog, post to blogs or write the copy for someone else's blog and 40% of those working in the industry admit to lacking new media knowledge- follow this link for further details)

I would also like to point out that, even though I did not agree with all of his statements, I did find his speech entertaining and was somewhat disappointed with some of the hostile comments that came from the audience. After all, Matthew Horton, just like everybody else, is entitled to his own opinion. Isn't that what the conference was all about this year- the right to advocate, the right to free speech....?

As a final note, to all those who would argue that blogging is insignificant...if bloggers have no impact, no real effect, then why is the American governement so terrified of them? An interesting point to muse on as you browse the Internet at work today...
1 comment: 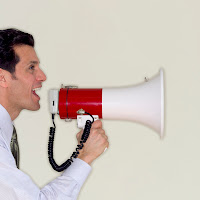 Thursday, 22nd May was a very exciting day for the New Zealand public relations industry. Yesterday evening, during an after-conference cocktail event held at Bar 3 in SkyCity, the country's first PR specific magazine was officially launched.

The publication, christened 'Voice', is the result of a collaberation between PRiNZ (The Public Relations Institute of New Zealand and 3media Group. The aim of 'Voice' is to:

'Educate, inform and advise the New Zealand business community about the relevance and importance of communication and its impact on the corporate and government landscape

'Voice aims to raise the profile and status of the public relations industry and foster debate and discussion about public relations and communication management amongst practitioners and the wider business community.'

As I am not attending the PRiNZ conference today, I managed to have a good read through 'Voice' this morning, at the office. I have to say, I am very impressed. The magazine is smooth, attractive (just like PR professionals...) and well laid out. The content is also very good. The articles deal with a number of hot topics, such as the implications of the new digital environment and how the PR industry can adapt meet new and ever-evolving demands. It was also extremely interesting and enlightening to hear the opinions of some of our highly-skilled colleagues, such as Tim Marshall, in his article on whether communications specialists deserve a seat in the board room.
Of course, the first issue is not the toughest test. The real challenge will be in maintaining the high quality and diversity of the articles and other content. Of course, this is where us public relations professionals come in! We are the ones who have the power to make this magazine a success. If you have any thoughts, ideas or comments then make sure that you drop either PRiNZ, at info@prinz.org, or 3media, at ellenr@3media.co.nz, a line. The more input there is from people throughout the industry, the more exciting and successful 'Voice' will become.
Until 31st August, 2008, an annual subscription to Voice (4 issues) can be purchased for a special launch price of $25. You can contact 3media on 0508 363 342 or subs@3media.co.nz for more information.
1 comment:

I cannot believe that this year's PRiNZ conference is almost upon us. The months are speeding by at quite a pace! This year, the conference will run from Thursday 22nd May-Friday 23rd May and will be held at the Crowne Plaza in Auckland.

According to PRiNZ, the conference theme "the right to advocate", will result in a controversial and educational couple of days. There will be speakers on the Electoral Finance Act, sustainability, shaping governement policy, the online news industry, driving change and future trends and developments.

If you are interested in finding out more about the PRiNZ conference or you wish to register, follow this link

If you have any questions, contact PRiNZ on info@prinz.org.nz

I strongly suggest heading along to the conference this year. They have some great speakers and will be covering some really interesting, current topics.

So...who will be there this year?
No comments: