The range can now be purchased from a number of physical and online outlets throughout Australia, including Horse Supplies Direct in New South Wales and Natural Horse World in Tasmania. An Australian based manufacturer has also been brought on board to produce and distribute the brand’s selection of dry herbal products.

Brookby Herbs founder and Managing Director, Jackie Rive, believes that there is a growing international market for natural herbal healthcare for pets.
‘As people across the world become more health conscious and increasingly aware of the food and supplement choices they make, they are also turning their attention to the health of their pets,’ explains Jackie. ‘This trend can already be seen in countries such as the United States where, according to a recent industry report released by the Packaged Facts market research company, annual retail sales of organic and natural pet food are expected to grow three times as fast as pet food sales overall through 2015. Pet owners are paying more attention to the feed and healthcare supplements they are giving their dogs, cats and horses and are starting to recognise the benefits a more natural and holistic approach can provide.’

According to Jackie, New Zealand’s clean, green image also gives producers of natural and organic products in this country an advantage.
‘Consumers overseas think of New Zealand and automatically imagine a healthy, pure environment. This perception is ideal for Kiwi pet care brands offering natural and organic alternatives,’ says Jackie. ‘We already have a large customer base in the United States, who purchase through our website and we now have the interest from Australia as well. It is definitely a market that is expanding, despite the global economic slowdown.’

For more information on Brookby Herbs, visit their website by clicking here.
No comments:

WHY TRIMMING BUSINESS INSURANCE CAN BE DEVASTATING 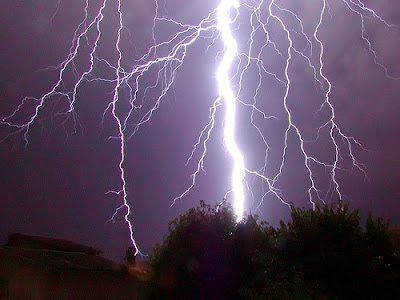 According to TOWER Insurance, one of the country’s oldest and most trusted providers, and Patron of Business Mentors New Zealand, some companies are trimming the scope of their insurance cover in a bid to cut costs. However, TOWER warns this false economy could leave businesses open to huge bills and in many cases force their closure. TOWER is asking business mentors to help guide their clients away from underinsuring.

‘As 2011 gets underway, it is becoming clear some business owners think they can get away with spending much less on insuring their companies. They are being more selective, only taking out small chunks of insurance and not protecting their businesses to the full extent. They don’t think it’s necessary and they don’t want to spend the money. We’re asking BMNZ’s 1700 mentors to be on the look out for client companies that might be falling into this trap and counsel them against it,’ says Julian Lough, National Manager - Commercial Sales at TOWER Insurance.

‘This year is going to be financially challenging for many businesses but now is not the time to be cutting back on insurance. If another natural disaster or other unforeseen situation occurs, then being underinsured or not having the right type of insurance could be the final straw for many companies that are already struggling.’

Julian points out that most New Zealand business owners only realise their mistake when they make an insurance claim, at which point it is too late to rectify. He advises catching up with an insurance advisor at least once a year to check that the business is adequately covered.

‘Businesses change over time - new equipment is invested in, replacement costs for items go up and premises are upgraded,’ says Julian. ‘If the insurance policy is not kept up to date, the company could end up being horrendously underinsured and financially unable to get the business up and running again should something awful happen’.

‘Contrary to popular belief, fully insuring a business does not have to cost the earth. As an example, for the cost of a cup of coffee a day (which equates to about $1,300 per year), a company could be covered against a number of eventualities, giving the business owner sense of security and enabling them to keep their doors open. It is so important that New Zealand businesses look ahead and consider the long term implications of cutting insurance corners. We have lost enough companies over the past few years, with the economic downturn taking its toll. Let’s not lose anymore when the cost of that cup of coffee could be enough to prevent it.’