PUBLIC RELATIONS INTERNSHIPS: HOW TO APPLY, WHY TO APPLY & WHY YOUR CV WILL LOVE YOU FOR IT 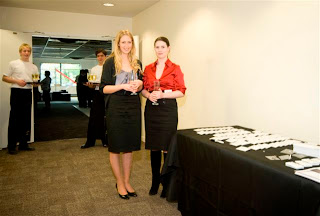 If you are an up-and-coming graduate, an internship with a public relations company can provide the perfect opportunity to ascertain that PR is actually a career that you want to get into as well as giving you that much needed dose of 'real life' experience that so many employers are looking for.

Competition for intern positions can be fierce but, if you follow a few ground rules, you will find yourself making cups of tea and doing the office mail run for a major PR company before you know it (that's a joke by the way.......before I put any of you off!)

Firstly, pay close attention to the manner in which you apply. Most NZ companies don't advertise internships so you will have to get in touch with them and just....ask. Find out the name and contact details of the person you need to be contacting- this is usually best achieved by phoning the company's reception. Then, either email your CV and covering letter or pop it in the post. Following up by phone can be a good idea as it shows that you are keen.

Not including a CV (or at least offering to provide one on request) is a big no no. Not making the effort to send a professional looking CV will make the consultancy think that you are not that bothered about working for them.

Many companies will then want to meet you in person. Be relaxed and be yourself but do be careful about how you answer questions. Answering the question: 'Why are you interested in PR?' with: 'Cos I like the idea of lots of glamorous parties' is not good. Not good at all. And yes- a possible intern that I recently met did answer the question like this. And no- she wasn't hired!

Also, don't forget to ask the PR company any questions that you might have. Make sure you can work on the days that you have available (important if you are still studying) and find out whether you will be paid or not and that you will be reimbursed for expenses.

All being well, you will soon be in an exciting new position with your chosen PR company. Once there, take the opportunity to absorb as much knowledge as possible from the people around you. Have a stab at every piece of work that they give you but don't be afraid to ask questions if you're unsure about anything. Above all- have fun! 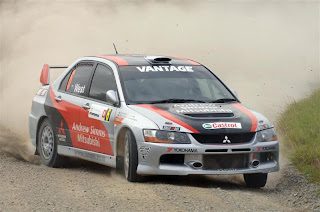 Kiwi chart toppers Shihad and Opshop will join leading rally drivers Chris West and Haydon Paddon for a unique event next March, featuring celebrity rally race-offs and a rock concert, with all proceeds going to Camp Quality, a charity for children living with cancer.

Andrew Simms Mitsubishi has signed the award winning bands, West, Paddon and a host of celebrities for the inaugural Rock n Rally charity event to be held at Western Springs on Saturday, 21st March 2009.

And as an added bonus, a high spec street version of the Evo 9 rally car worth over $40,000, courtesy of Andrew Simms Mitsubishi, will be given away on the night.

Celebrities racing with West and Paddon include Lana Coc-Kroft, Vicky Lee Valentino, Johnno and Simon Doull from The Rock FM, Stacey Jones, Peggy Bourne and Temepara George.
The racing will pit Paddon’s Mitsubishi Lancer Evo 9 against West in the brand new Evo 10, with the winning team receiving $5,000 and the runners up $1,000, for the charity of their choice.

This event is going to be absolutely awesome so, if you can, grab a ticket and persuade all your friends and family to come along as well! As well as enjoying some great cars and music, you will also be helping a fantastic cause.

Tickets will cost from $49 each at Ticketmaster on sale 1st December 2008. Family discounts available.

Rock n Rally is supported by Exide, Castrol and The Rock FM.
No comments: