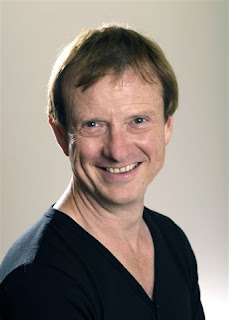 Peter Boyes
I have wide ranging experience in developing and implementing strategic and marketing communications plans across a diverse range of product and therapeutic areas, liaising with a variety of community and stakeholder groups. I specialise in brand perception management and have advised a number of businesses at a strategic level conducting brand audits for GSK, Abano Healthcare and the Life Pharmacy Group. Most recently I have been engaged in house at Fonterra Global Ingredients on a project basis to set up an worldwide marketing communications function, develop a global brand framework and communications strategy.  Key to the success of these marketing communications campaigns is measurable feedback and accountability.
I have been involved in a number of successful campaigns; I developed the Lumino The Dentists brand in New Zealand and Australia; recently I devised a campaign which boosted uptake of dental whitening by $3 million over three months; I increased franchise holders in a national pharmacy retailer from 8 to 31 over 15 months; and have conducted a media liaison programme for a professional health care association which has seen member profiles rise substantially over the past two years with positive coverage now the norm. I have developeda number of communications programmes in association with Tangata Whenua aimed at social change.
In Europe I acted as the coordinator of an international network of independent It and PR consultancies for two years which gave me an insight into the working and cultural differences in the various European markets. While at Porter Novelli in Auckland I acted as the Asia Pacific specialist practice lead liaising between the various Pacific rim markets.
At Burson Marsteller in London I acted as the healthcare director responsible for coordination trans-Atlantic marketing programmes. Prior to that as managing director of Niche Communications in London I have developed strategic communication plans for national and global perception management programmes in various health and beauty and pharmaceutical sectors
My background as a specialist journalist has given me a depth of experience in award winning writing, editing and proofing materials. I am a confident board-level communicator skilled at internal and external advocacy, influencing and face to face presentations. I regularly speak on media management and the use of social media.
I have significant proven experience in a public relations, community and stakeholder engagement role with government particularly in health care and the management of social change, for example working with the UK All Party Working Group on HIV and AIDS, and with the New Zealand government in relation issues relating to asthma and respiratory care.
As board level issues management consultant to a number of organisations, such as Business Mentors New Zealand and some not for profits I am well used to managing and responding to public feedback in a highly professional manner
I have developed a number of key opinion leader programmes and internal communications strategies for a number of organisations including GlaxoSmithKline internationally.
It is part of my stock in trade to present, often complex issues to large groups with varying opinions.
Part of my current activity involves developing and implementing marketing communication strategies and tactics at board and government levels. I am well versed in writing speeches, media releases, fact sheets and briefings, managing media relations, liaising with key stakeholders and opinion leaders.
I am APR qualified, a senior member (and former chairman) of the New Zealand Institute of Public Relations which is a sister organisation to the UK Chartered Institute of Public Relations and the PR Institute of Australia (of which I am eligible for membership). My years of working in IT and healthcare communications have fostered an early adopted mentality and a passion for technology

A: According to the IPR (Institute of Public Relations in the United States) public relations is 'the discipline which looks after reputation- with the aim of earning understanding and support, and influencing opinion and behaviour'. It is 'the planned and sustained effort to establish and maintain goodwill and mutual understanding between an organisation and its publics'

A: There are a number of ways in which public relations can help organisations. PR can:

A: PR is not a magic wand. Public relations can't:

Q: How Can I Find a Good PR Consultant?

The dissemination of information has been used as a tool to influence change for thousands of years. Evidence shows that as far back as 4,000 years ago, information in the form of stone tablets was being handed out to Mesopotamian farmers- giving them handy tips and hints on how to improve productivity- including information on how to deal with field mice!

With the industrialisation of society and the formation of many new organisations with political or commercial interests came the conscious understanding and widespread use of communications. The newspaper was the first medium through which messages were transmitted to large numbers of the public, while early forms of the in-house journal were used to inform staff and customer alike of developments within an organisation, or to deliver a sales message.

Public relations really took off in the United States before anywhere else in the world. This is partly because America was not as negatively impacted by the Second World War. Advertising and PR marched forwards, side by side, and experienced massive growth. Both tools were widely used by manufacturers of consumer goods such as hairspray, cigarettes, chocolate bars, beer and eventually cars. Slowly, organisations began to realise that PR could also be used in the corporate and financial fields and also for reputation and issues and crises management.

Public relations has come a long way since it first started being recognised as a valuable business tool. Now, practitioners can study for official qualifications and a whole new era of public relations is being heralded in, in the form of online communications...